Some of the projects I work on are born out of curiosity. Some of them are attempts to solve a problem or improve something. This time it’s the latter 🙂

While playing Onward VR, I always had a felling that something was missing, felt unnatural… Attempting to handle weapon in VR using 2 controllers floating in air doesn’t allow for fast and precise aiming. The problem is: they’re not connected, and instead of guiding the rifle with one of its sides (not the one where bullets come out 😉 ) leaning against the shoulder,  we’re waving 2 unrestricted points in 3D space hoping they will converge right at the spot where we’d like to aim.

Fix is simple: make a “rifle” to which we can quickly and easily attach controllers (and be able to detach them at any time, to reload, or throw a grenade, etc.). It feels even more immersive, and makes the game play that much better.

I made the design in Fusion 360, purchased necessary hardware and magnets, put it all together and now I’m sharing my design, after few iterations.

Even at the time of first assembly, I can usually find some spots that could be improved further. Example: after screwing in the mounts onto the rail, I wanted to adjust the distance between controllers, at which time the mount would need to be able to slide over the nut where 2 pieces of rail were connected. But it wouldn’t fit, so I made a revised version with enough spacing to allow for that. 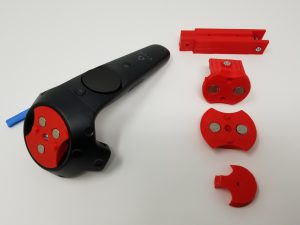 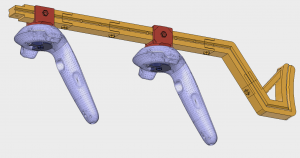 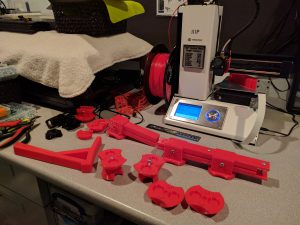 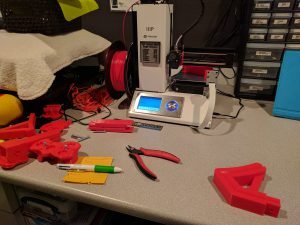